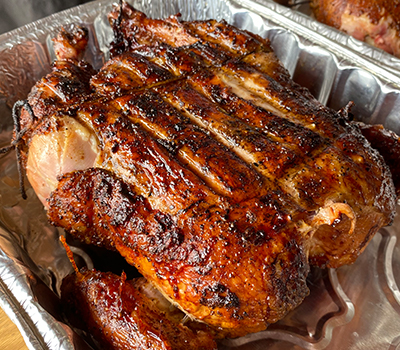 The total cooking time was 3 ½ hours with an internal temperature of 165 degrees F The first 3 hours were undisturbed. Once the heat was increased to 350 it was on the grill for another 30 mins.