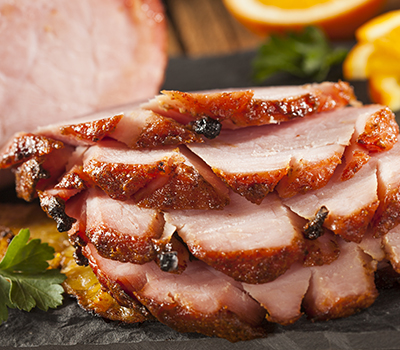 BRING THE HAM UP TO ROOM TEMPERATURE BEFORE BAKING

IF you are removing the Rind, follow these instructions:

IF you are NOT removing the Rind, follow these instructions:

BONELESS HAM: This recipe can be adapted for a BONELESS HAM as well. The cooking time will be a bit less so adjust your times accordingly. The end result is the same – Internal temp of 145 F.